I was part of the 3-day hackathon titled ALPHA Start-ups and organised by 1337 Ventures in Kuala Lumpur, Malaysia. It aimed to bring games developers in the Asian territory to meet, share ideas and compete with each other in small groups by building a game in 3 days.

The hackathon was break down with small sessions of coaching by successful indie games developers and AAA company representative to instill valuable knowledge about good practices and risk management regarding start-ups in the gaming industry.

At the end of the hackathon, the team awarded the best game received a direct investment by 1337 Accelerator to kick-start the game’s development. 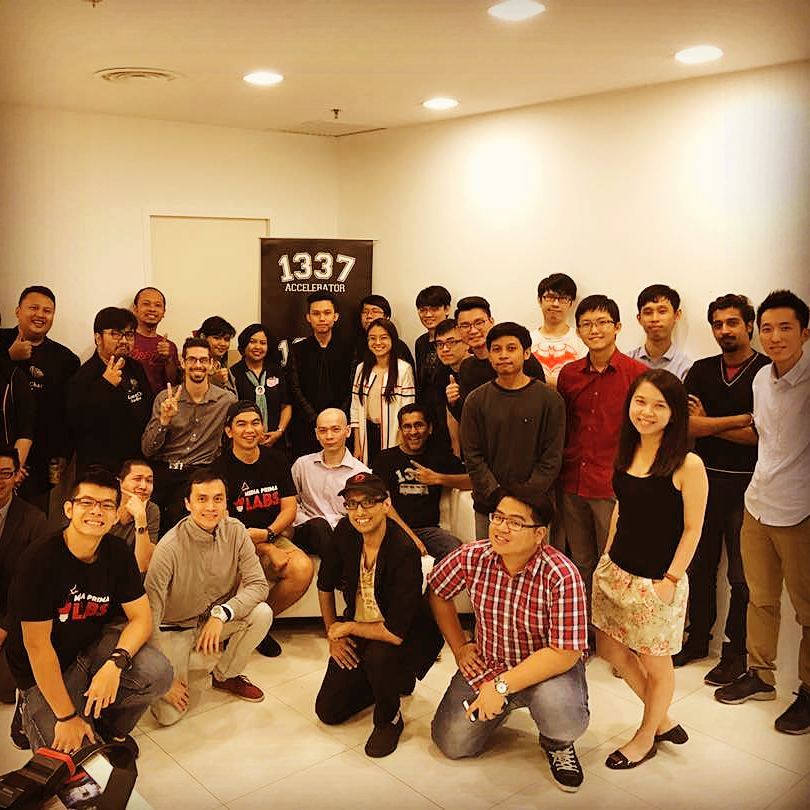 At the end of 2016, I was handpicked by the Computer Games Development Department to be among the founding members of the APU ESports Club.

In order to promote the club, the department organised for an event labelled MadFest 2016 which consisted of 2-day tournaments for games such as Tekken, Mortal Combat, Fifa and Dota 2.

I was assigned as Lead Coordinator by the department for consoles games. I was responsible for moderating the players participating to the tournament, implement tournament’s rules and keep record of player’s progress in the various tournaments. Throughout these tasks, I had 5-men team to assists me in these tasks.

The Asia Pacific University organize a workshop on its new courses being launched in late 2016 – product design, VFX design and movie making among others – and aimed to showcase some of the new modules being implemented in the courses.

Going though techniques of product development to interactive sessions with industry pioneers in cartoon making in Malaysia, the workshop ended with a character modelling competition. All participants received a live crash-course on face modelling using clay and we were set for one hour of modeling craze. To my great surprise I was rank second best modeler for the session and received a souvenir photo with my clay model. Yay!

Asia Pacific University has students from all over the world, and now and then some communities wish to celebrate their country’s IndependenceDay though a cultural show within the campus.

During this year, the Indian Community at APU required some help from other communities to assist them in the decoration department for their celebration. Without hesitation, I volunteered and help the Indian community to hang ballons, banners and gluing posters all over the campus.

During my mandate as President of the Mauritian Community at my university, I was approached by other communities to join force in order to organize the yet most unique event  at the campus – the Island Night @ APU; a cultural show aiming to share the culture and diversity of APU students coming from island countries through artistic performances.

The event’s singularity was that 3 different communities (Mauritian, Sri Lankan and Maldivian) coordinated the whole event and I was one of the 3 Project Managers leading the organization of the cultural show. Being one of the most experienced event organizer in the committee, I had to jump from one role to another, sometimes acting as the graphic designer (posters and banners) and at night as the lead choreographer for the fashion show. Furthermore, I also led the decoration team and plan the whole “campus revamping” process.

The event surpassed our expectation in terms of profit and attendance. It was later regarded as the most anticipated and successful event organized on campus for the year 2016.

Throughout my short internship at EON Reality Mauritius, there was no shortage of team building activities. Whether it is unplanned brunch, late night cinema, weekend outings or random challenges at the office (oh yeah!), everything was made to create good relationship between colleagues. Sometime it was just taking a break from work and heading to the office’s kitchen to make mug cakes! One need some basic cooking (more desert making) skills, even if you are a developer.

Though that one is not actually an out-of-work activity, I believe it is an venture worth mentioning. Nearly at the end of my internship at EON Reality, the company needed additional workforce to assist the presentation of the latest product developed this year and I volunteered to go beyond my line of duty to provide a helping hand.

We were invited to the Maradiva Hotel for the launching of the mobile application. All the hotel’s clients and development partners were also present for the event and my job there consisted of approaching the clients to introduce them to the application and get their feedback. It was also an opportunity to present and promote EON Reality to the general public. (including tourists)

The 11th June 2016 is forever marked as the key day that made me more than a simple student for the Asia Pacific University and more precisely for the Computer Games Development Department.

Following my approved request to the establishment to buy an OSVR Head-mounted display for learning, a classmate and I developed the first VR application ever build at APU. Even though, it was a pretty simple 3d house navigation with some basic interactions, the Computer Games Development Department invited my team-mate and me to showcase the application at the Malaysian Gamers Gathering – an event which aims to demonstrate to the general public the prowess of the university in terms of game development and attract potential students.

It goes without saying that the OSVR application made a real buzz. From this time on-wards, I collaborated with the university’s Computer Games Development Department to push new events and materialize concepts  to promote this course towards future potential students.

In 2015, the Asia Pacific University was set to break a Malaysian record by organizing an event where student of various nationalities would celebrate harvest Festival Ponggal together on the same site.

The university’s endeavour was inducted into the Malaysia Book Of Records with 100 pots used for the events and participants coming from 116 different countries. I am proud to say that I was among the participants for this exceptional event which brought me closer to the Malay culture.

It was also the opportunity to mingle with people of other nationalities and know more about traditional festival in their respective countries.

Six month after joining the Asia Pacific University, I heard that that the Mauritian community in the university were organizing a cultural show for the Mauritius Independence Day and I volunteered to give a helping hand to the organizing committee.

Soon after being part of the organizing team, I was asked to be the Creative Director of the event. My new functions under this role was to design all the graphics for the event – posters and banners – but also to lead the decoration team. Furthermore, I was in charge of the Fashion Show and had the responsibility to choreograph the show and coordinate the participants entry and exit on  the stage.

The first club I join at university is the Games Development Club. I was a member of the club’s first committee board and acted as the Event Manager.  Two major events in which I played a key role was the Societies Meeting @APU where we set up a booth on campus to get students to join the club and, the second event, was the CS:GO Night @APU where club members were invited to spend the evening playing CS:GO tournaments.

The second key role of the club was to promote game development by giving out live development tutorials to club member on a weekly basis and during these sessions I was the assistant coach.